A tale of two cricket writers

Consider, if you will, the following two journalistic extracts on yesterday’s cricket test match between England and South Africa.

England’s Graham Onions brings tears to South African eyes
Another day, another arse-nipper. Test cricket, which many believe to be fighting for survival, is pulling out all the stops. This was exceptional, a match that, as at Centurion a few weeks back, went to the last available ball.

As in that first Test of this remarkable series, it was the unlikely and certainly unheralded batting of Graham Onions that secured England the draw. They will now go to Johannesburg and The Wanderers next week for the final Test leading a series that they cannot lose and may well win.

Onions makes Proteas cry again
NEWLANDS, the grand old lady of South African cricket grounds, has seen many great test matches over the years, but none more thrilling that the third Test which ended yesterday.

Heading into the final session, just like they had at Centurion in the first Test, England appeared to have done enough ground work to secure a credible draw after being set a world-record target of 466.

It’s a bit disheartening for me to see the comparison between the two openings. The first is from the Guardian’s Mike Selvey and the second is by the Cape Times’s Zaahier Adams. The first captures some of the excitement of the match and the anxiety felt by both teams of supporters. “Arse-nipper” is an unusual description but it works here.

The second story, by comparison, is plodding. What does it serve to call Newlands a “grand old lady”? What is a grand old lady anyway? And what does she have to do with cricket? Maybe the Mount Nelson hotel with its pink walls and stately setting could be called that but as an opener to a report on a thrilling test match it falls very flat.

I could go on but there’s absolutely no excitement in the words “enough groundwork to secure a credible draw”. Credible draw? Credible in whose eyes? Who cares whether it’s credible or incredible? The fact was that it was exciting and heroic and showed how passionately England take this “funny game” that their supporters take huge delight in hours of dot-balls. “Dot ball to the England” sang the Barmy Army in that final over while the rest of us sat on the edge of our seats and clenched our sweaty paws and desperately willed South Africa to an improbable (and ultimately unattainable) victory.

I’ll admit it. I’m a Grinch. But please, if South Africa can’t win a test match this summer, can we at least have some excellent reporting at their attempts to do so?

Of human emotions and affects, shame settles in like a dense fog, obscuring everything else, imposing only its own shapeless, substanceless impressions. It becomes impossible to establish bearings or orient oneself in relation to the broader landscape. Like fog, shame distorts visions and influences what is seen. But more. Shame also feels like a weight, a heaviness, a burden, pressing down often at the top of the back, forcing the body into the characteristic posture … shoulders hunched, the body curved forward, head down, and eyes averted. The burden of shame can settle into different parts of the body — the pit of the stomach, the face or eyes, or externally, an aura encasing the entire self. Shame induces a wish to become invisible, unseen, to sink into the ground or to disappear into the thick, soupy fog that we have just imagined. — Andrew Morrison

I like that quote by Morrison, not because I’m feeling shame today, but because of the way it evokes the link between fog and the emotion. These days, the view of the mountain from our house is often obscured by a dense mist-like cloud which creeps down, bringing cold and rain. Four mornings a week I leave home at 6.30am when it’s still dark and cold.

This morning I had to leave the dog outside in the laundry where she at least has her dog-bed to snuggle up in. But there’s a lot of anxiety in that simple leaving. This is the same dog that bit her way into a previous house, breaking the same window twice and cracking it the third time. She has bitten her way through a (flimsy) garage door and also bent the bars of a security gate with her teeth. So a simple act of leaving my dog alone for the day is filled with anxiety. I’m half expecting a call from my neighbours to say that the dog has escaped and is now with them. Last time she landed up at the Kirstenbosch nursery.

And then there are other hassles, including my ever-unreliable tenants in Johannesburg and another upcoming long-distance trip for work.

On the reading front, I’m mostly enjoying a friend’s The Halo and the Noose, a book on using stories in business, and also finishing Charlene Smith’s Committed to Me, which is a combination of self-help, feminism and personal anecdotes and is subtitled “making better decisions in life, love and work”. And then there’s Sebastian Barry’s The Secret Scripture, which has been languishing for too long on the bedside table.

The only other thing to report is that I’ve been watching too much sport on TV, including the Super 14 rugby and also the Indian Premier League Twenty20 cricket. The team I chose as “my team”, the Royal Challengers Bangalore, narrowly lost to the Deccan Chargers last night in the final. For me it was a struggle of brute aggression (Deccan) versus the more elegant style of Bangalore. I realise that comparison doesn’t really work but at a more visceral level I just can’t bring myself to like Herschell Gibbs or Andrew Symonds. Bangalore had a revitalised and innovative Kallis (also Boucher and van der Merwe) and included the Indian greats of Kumble and Dravid. They were cruising to victory and got muscled out by the Chargers, leaving me to reflect on why I allow myself to get so worked up about silly things like cricket.

The current state of play

In times of uncertainty – or just on a Sunday afternoon when I want to escape – there’s nothing better than a South Africa versus Australia cricket test match. Before we get there though, there’s good news on the relationship front. After some consulting with the inner match official and as much of a heart-to-heart as can be had on a sunny Clifton beach with screaming kids, arbitrary hat sales-people and two small tumblers of sherry, P and I decided to give the relationship another try and to seek out some couple counselling as well. I think I have a pretty good idea of where we went wrong and what it will require for us to stay on the right side of the line of no return. Funnily enough, the break-up session with my therapist helped to put things into perspective for me. And I’m very glad that I chose to stay with P rather than with my now ex-therapist!

But back to the cricket. I was planning to live-blog the cricket yesterday but it’s been a busy morning and we’re about to lose so I’ll just keep this brief. Yesterday’s action was very exciting and there was a small possibility that the South Africans could have pulled off the impossible 454 needed for victory if Smith had managed to stick around. He wasn’t and the writing is now firmly on the wall with a score of 247 for 5 at lunch. In fairness I think the Aussies deserve to win this one (as weird as that sounds after 20 years of Aussie dominance) because they have largely been the better side over the five days. Apart from some brilliance in the field to bowl the Aussies out for 207 in the 2nd innings and a superb knock from AB de Villiers, the South Africans have not really had the same intensity. Bring on Durban and Cape Town. The rest of the series should be pretty interesting. 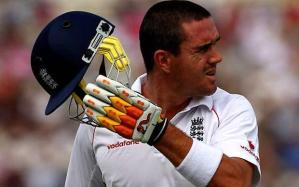 If there’s one thing that the English do better than playing cricket it’s writing about cricket.

The Daily Telegraph’s obituary for Bryan “Bomber” Wells is a good example – it recalls the joys of playing the game before cricketers took themselves so seriously.

Overweight and undertrained, Bomber Wells could hardly have looked less like a professional sportsman. This unathletic impression was confirmed by his bowling run-up, or rather his lack of run-up. As he himself explained, he took two steps when he was cold and one when he was hot; and sometimes he simply delivered the ball from a stationary position.

He once managed to bowl an entire over (by pre-arrangement with the batsman) while the Worcester cathedral clock struck 12.

You can’t imagine the current lot doing that, although I suppose it is a bit ridiculous. I once saw Jacques Kallis at Joburg International airport and, just from the way he walked, you could tell that he had an extremely healthy regard for himself. Perhaps that’s what happens to you when you’re a star, a cricketing legend. No smiles at the people gaping at him, nudging each other and whispering, “Isn’t that Jacques Kallis?” He was “in his bubble” as they say about sportspeople with great powers of concentration.

One of the things I like about watching or listening to cricket is the fact that it’s generally a soothing way of dealing with anxiety. Of course it helps that SA could win the current series against England, despite the fact that they’ve stuffed things up from similar situations before. Helping them this time is one Jeremy Snape, an English cricketer and now a sports psychologist, who can hopefully help them to avoid the pitfalls of panicking and choking, as Derek Pringle explains.

I won’t comment on the hypocrisy or greed or other negatives associated with the “gentleman’s game”. But I think Mephistopheles has a point when he says:

The beauty of Cricket does not lie in the hypocrisy surrounding it. Rather, it begins and ends inside the boundary lines. Two batsmen against the other eleven who are trying to get them out. Cricket is a game where there is room for individual brilliance within the framework of team work. The beauty of Cricket is in some of its vignettes. A bowler marking his run-up and the batsmen taking guard. The crowd waiting in anticipation while the bowler starts his run-up and then that anticipation turning to instant boredom as the batsmen shoulders his arms and lets the ball through to the wicket keeper.

Sometimes boredom is good. And there’s always time to read while watching cricket. A cuppa tea, a good book and the gentle thwack of bat against ball. As long as we win 😉